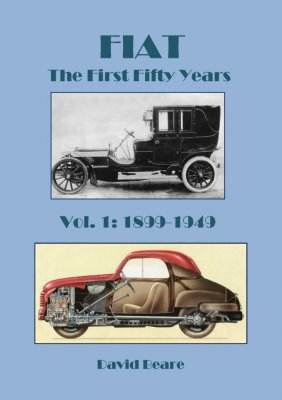 This new book traces the history of the FIAT (Fabbrica Italiana Automobili Torino) company from foundation in 1899, when a group of well-to-do young men decided to found one of the first Italian motorcar manufacturers in Turin, having watched imported French cars putter around and realising their country had no equivalent industry. One of the founders, Giovanni Agnelli, addressed a meeting of fellow-founders on 11th July 1899 thus: “We cannot waste any time. You should have seen what I saw the other day on my trip to Nice. Hannibal is at the gates. In France, even the public sector is starting to use the motorcar.”

By 1902 Fiat (as it is now spelled) was profitably producing over 100 cars a year, but a speculative share bubble virtually ruined the company in 1906, driving shares to near-worthless levels. Agnelli however saw an opportunity and bought shares cheaply, to emerge as the controlling shareholder.

Less than a decade later Fiat had become Italy’s biggest motor manufacturer by far and was making cars, buses, trucks, aeroplane engines, and had become a force to be reckoned with on Europe’s motor-racing circuits. Fiat built some of the most enormous engines ever made; the S76 racer had an output of 290bhp from a four-cylinder 28,353cc unit.

These were a technological blind-alley but persuaded Fiat that chain-drive had its limitations, so in 1912 the Fiat Zero was designed with shaft-drive, four-wheel brakes and a four-speed gearbox.

By the end of WWI, when Fiat built tanks, complete aircraft, massive marine engines and military hardware, the company employed 30,000 workers in a factory covering one million square metres. It had eleven railway junctions, 10,000 metres of goods sidings, and employed a fleet of 200 lorries on inter-factory liaison operations. A huge new factory at Lingotto was built to house the diversity of products made, which had an oval test-track on the roof.

Fiat employed some of the most gifted designers in the world; Fiat’s design and engineering staff in the early 1920s reads like a Whose Who of European automobile design- Bono, Fornaca, Cavalli, Becchia, Bertarione, Cappa, Jano, Zerbi and Dante Giacosa, who together went on to create many iconic Fiat cars. These were the 509, 514, the 508 Balilla, the 518 Ardita, the 1500 and the immortal Fiat 500, the Topolino (Little Mouse) of 1934. The managerial skills of Vittorio Valletta ensured the company progressed and remained profitable. 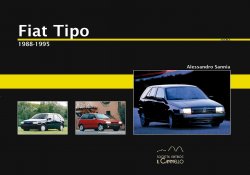 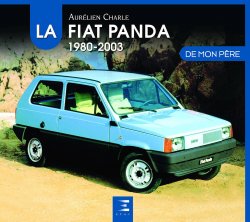 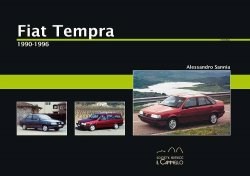 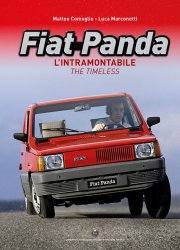 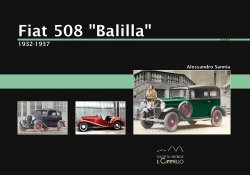 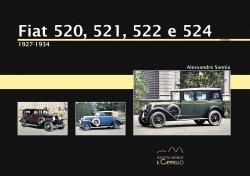 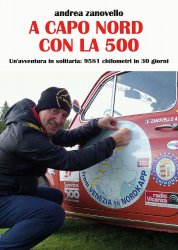