MASERATI OF BOLOGNA: THE PLACES WHERE THE TRIDENT'S MYTH WAS BORN

Giordano Francisco
Maserati of Bologna: The places where the Trident’s myth was born re-evokes the history of Maserati in a different light. The reinterpretation and analysis of the archival documents, the... Read more
Publisher: Independently Published
Language: English
Category:
Maserati
View book details
NEW RELEASES
Price: € 17,90
Availability: in stock
Shipped within 24/48 hours
Add to Favourites

Maserati of Bologna: The places where the Trident’s myth was born re-evokes the history of Maserati in a different light. The reinterpretation and analysis of the archival documents, the testimonies from the era and the photographs which have been recollected during years of researches, allow us to report many lesser-known details about this car company and its characters who were, in many ways, quite peculiar.

The original settlements of the legendary car manufacturer founded in Bologna and the locations where the first Maserati cars, the first car bodies, the first engines and the various mechanical components, which left a significant sign in the history of motoring, were designed and assembled are examined in depth.

This is the story of the overlap of memories of its protagonists and of the people who participated with enthusiasm and admiration in the Trident’s unforgettable triumphs. This research enables us to reconnect some missing threads and to correct many inaccuracies and mistakes.

For example, we have been able to track down the original Maserati’s seat in via De’ Pepoli and to describe the first Alfieri’s race in Bologna, the branch of the Isotta Fraschini, the establishment of the S. A. Officine Alfieri Maserati, the arrival in Bologna of a long series of eminent figures and italian and foreign racers, the tests on the Futa.

The events concerning the plant located along via Emilia Levante, where an impressive series of new racing car models (some of which dominated many of the major car races of the time) were studied, built, assembled and tested with meticulous accuracy, are carefully explored. That is one of the reasons why, nowadays, the brand established and consolidated in Pontevecchio remains unchanged.

This publication availed itself of the collaboration of Eng. Alfieri Maserati, who is the son of one the founder members of the brand.

This book is also a multimedia book, some QR codes provide to the reader an immediate link between his smartphone and some old video clips from the Istituto Luce Cinecittà’s YouTube channel. The book contains rare photos. 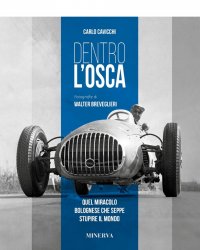 In Stock
MASERATI THE FAMILY SILVER 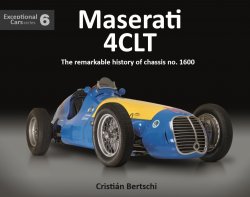 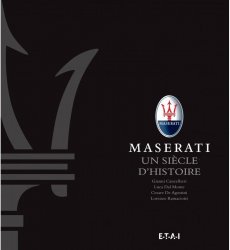 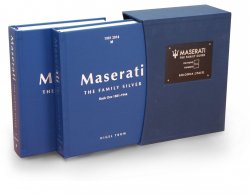 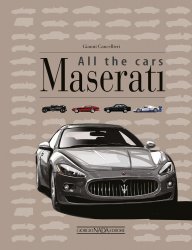